He was born in Geneva, Switzerland. First cries of Swiss enthusiasm. Anti-military, he just managed to escape the war and set out in life in neutral land. 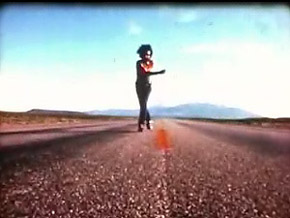 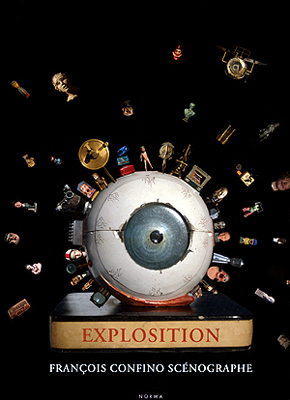 1966 Barely more than a child, François got married to Catherine.

1966-70 After spending his youth drawing cars to get into Pininfarina, he and Catherine went to study at Zurich’s Ecole Polytechnique.

1971-76 With his Swiss qualifications in one pocket and his Bolex-Paillard 16mm camera in the other, François travelled to New York to unlearn architecture and come up with a few Utopian concoctions while he was over there.

1972 While he was in cinema mode, he lectured at Columbia University New York on all that he had unlearnt.

1974 His first and last crossing of the United States on roller skates – undeniable evidence of which can be found not far.

1977 While he was still in New York, François Barré, the Manager of the Paris Chamber of Commerce and Industry, asked François, at the time working in conjunction with Haus-Rucker Inc., to design Urban Archaeology the opening exhibition for the Georges Pompidou National Exhibition Centre on Modern Art.
Trapped under the spotlights, the group split up and François, Catherine and Raphaël decided to stay in France.

1978 They settled in Beth, a hamlet near Lussan in the Gard. By losing one design competition after another, François got to know the wonders of being an architect – a job his children want to steer clear of at all costs.
Bastien and later Leonore were born.

1984-88 A number of motorway toll gates in the South of France, with partner Jean-Pierre Duval.

1987-88 Cités-Cinés exhibition in the Grande Halle at La Villette, Paris, France.
Once and for all, he seized the opportunity of unlearning architecture by concocting an ephemeral town of Illusion.

1989-90 Deep down, Agence Confino was hesitating between disseminating Cités-Cinés all over the world, which it did at Ghent’s Halle des Floralies in Belgium, and in another version at Montreal’s Palais de la Civilisation, which is now more prosaically a casino, and the more down to earth idea of carrying on the exhausting task of architectural design competitions.

1991 The French Pavilion design competition for Seville 92 Universal Exhibition with architect Frank Hammoutene. The jury’s first choice but finished second after the Elysée’s vote, pipped at the post by François Seigneur.
The Olympic Train Club Coubertin, a travelling exhibition for SNCF held in 21 towns in France.

1992 Discovery Pavilion, The history of discovery from 1492 to modern times, exhibition design for the Spanish Pavilion at the 1992 Universal Exhibition in Seville, Spain.
François Confino’s illusions, nurtured by former exhibitions, went up in smoke with the Pavilion itself. Hard to admit but show business is shattering!

1996 The Birth of Confino and Co, his partnership with son Raphaël. A never-ending stream of projects kindled up the creative spirit.
Catherine and François returned from Paris to their old house in Lussan and swore they would never move again.
Cinema Avenue, travelling exhibition, Tokyo International Exhibition Centre, Japan.
Les Ingénieurs du ciel (Sky-borne engineers), Cite des Sciences et de l’Industrie, Paris, France.
François was pompously appointed Art Director of the Hannover Universal Exhibition, Expo’00 Theme Park.
The company building was too small and the house, next door, too big. They swapped over, which broke the family’s promise not to move house again.

1998 The Utiopia Pavilion, live show with Philippe Genty, Expo 98, Lisbon, Portugal.
Four and a half months with four to five performances a day in a stadium seating 10 000 visitors. Over 4 million spectators, just about up to Guinness Book of Records standards…
Satie’s Houses, a permanent staged museum design at the birth place of Erik Satie in Honfleur, France, with Catherine.

2000 Le Temps Vite (Time for time), a temporary exhibition for the reopening of Centre Georges Pompidou in Paris, France.
The Audi Pavilion-Autostadt, exhibition design of the Volkswagen automobile attraction park, Autostadt, Wolfsburg, Germany.
Escale Atlantique (Oceanliner Museum), exhibition-show at the old submarine base in Saint-Nazaire, France.
Micropolis, Museum, Saint-Leons, Aveyron, France.
Turin National Cinema Museum, Mole Antonelliana, Turin, Italy.
Aveyron Pavilion, exhibition design, Japan Flora 2000, Kobe, Japan.
A brutal decision: the company was too big and he was having to run it instead of create so he decided to downsize and get off to another gentle start.
Some of his old personnel set up Les Crayons in Uzès, Gard, France.

2019: The project of the Economy Museum « Citéco » opened on June 12, five years late, but the realisation is true to the initial project dating back to 2009!

The delay caused the closing down of the Confino Agency that continues its activities under the name Alphabeth.

We now closely work with former agency manager Véronique Rozen who created her own agency under the name « Explosition » referring to the name of my book and with the LLTT Agency in Turin.

We are currently working with her on the « redesigning » of the galleries dedicated to Leonard de Vinci in the Science Museum in Milan, a permanent exhibition that will be inaugurated in October 2019.

Véronique Rozen (« Explosition ») and I are working on the opening to the public of the 2 500m2 Swiss Military Fort, buried in the hill opposite the Chillon castle:

An unusual way of getting to know about the Swiss military history.

Always with LLTT and the Geneva architect Charles Pictet, we are developing a reception centre for the visitors of the Palais des Nations in Geneva. Opening in 2022.

Other projects in France, Switzerland and China are showing up on the horizon….who spoke about « retirement » ?